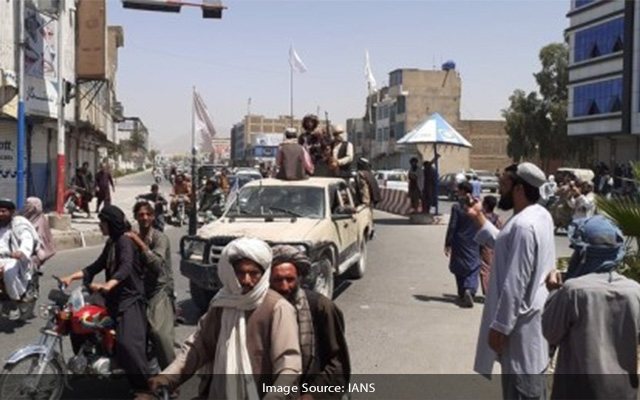 United Nations: The reach of humanitarian aid in Afghanistan is increasing since the Taliban took over the country last month, but only a fraction of the people have enough to eat, a UN spokesman said.

“UN cross-country road movements have been re-established for the first time in several years.”

However, a World Food Programme survey shows that only 5 per cent of households in Afghanistan have enough to eat every day.

Dujarric recalled that donors on September 13 pledged more than $1.2 billion for humanitarian and development aid to Afghanistan.

However, only 20 per cent of the $606 million required through the end of the year, or $121 million, was received.

“We can only work with cash… We cannot work with pledges. This is important so we can keep getting life-saving assistance, including food, medicines, healthcare and protection to those Afghans who need it the most,” the spokesman said.

In a listing of some aid operations, Dujarric reported the Food and Agriculture Organization is distributing more than 8,500 metric tons of wheat seeds to help more than 170,000 vulnerable families during the September-October winter wheat planting season.

He said the International Organization for Migration supports causeway construction and other infrastructure disaster-risk mitigation in Nangahar province.

The spokesman said the UN Population Fund supports a hospital in Herat province with emergency reproductive health supplies covering the treatment of around 1,500 medical and surgical cases.

Dujarric said the operations boost not only access to its services but also to markets and employment.