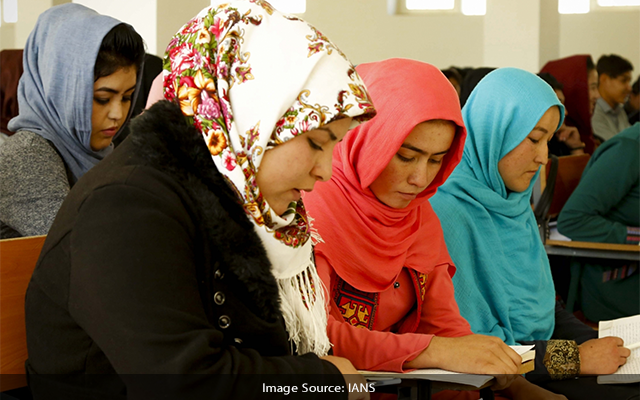 Kabul: The Taliban-led government will soon reopen universities across the country for both male and female students, but classes will be separate for boys and girls, a Minister said here.

Since the Taliban took over Afghanistan in August 2021, universities have remained shut, TOLO News reported.

Minister of Higher Education Abdul Baqi Haqqani made the remarks while speaking to the media on Wednesday, without however giving an exact date for the reopening.

The Minister blamed the ongoing economic crisis and the lack of segregated classes for male and female students as reasons for the delay in reopening the universities.

He also claimed that the Taliban would form an international university, which will include “Shariah, Medical, Agriculture and Engineering programs. Masters and PhD degrees will be offered in these four areas.”

According to Haqqani, some regional countries pledged to provide educational scholarships for the Afghan students.

Meanwhile, some university students said they have been living in uncertainty for the past six months since the shutdown, TOLO News reported.

“These six months were a long period and will affect the student’s motivation,” said Matiullah Pirozi, a student.

“We are shocked that they cannot form a scheme in six months. The scheme could be easily formed,” said Mohammad Hilal, another student.