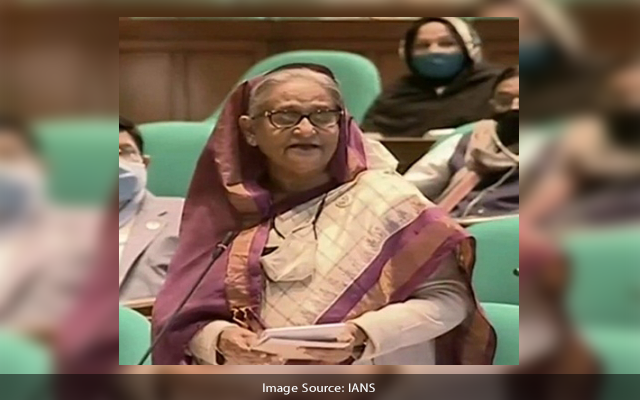 Prime Minister Sheikh Hasina made the remark at the 36th session of the Asia-Pacific regional conference (APRC) of the Food and Agriculture Organization, reports Xinhua news agency.

“Food security is surely the most pressing issue for humanity. About 305.7 million people in South Asia still suffer from hunger. We can arrange food for them easily if we all make sincere efforts,” she said.

The Prime Minister Sheikh stressed the need for transferring and sharing of technologies like biotechnology, nanotechnology and robotics in the agricultural sector to step up cooperation among FAO members in the region.

“As modern agriculture needs huge investment, a special fund could be created to finance and support the agri-sector,” said Hasina.

She officially inaugurated the event held at the Bangabandhu International Conference Center (BICC).

The virtual-hybrid conference opened on Tuesday brings together 46 Asia-Pacific FAO members and a wide range of observers including representatives of UN bodies to discuss country’s and region’s priorities currently as well as pressing issues in the region such as the impact of Covid-19, the state of agriculture, natural resources management, food security and nutrition situation.

FAO officials said government ministers from more than 40 countries in Asia and the Pacific are expected to join in-person and virtual interactions to reach consensus in response to the damage dealt by the pandemic to lives and livelihoods of those involved in the food and agriculture sectors in the world’s most populous region.

On the first day of the conference, senior officials, agriculture secretaries and experts participated in different sessions and discussed regional and global policy and regulatory matters.