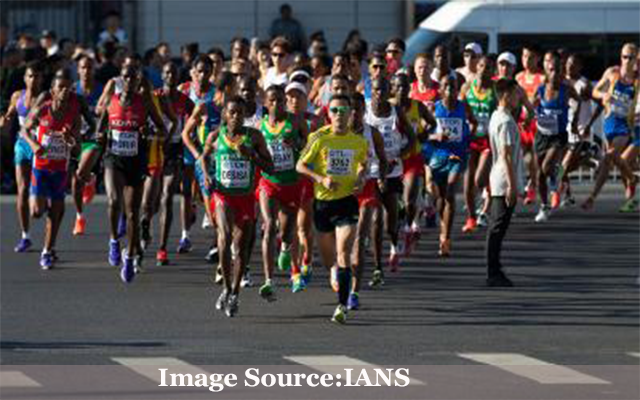 New Delhi: Chinese authorities have postponed the Beijing marathon until further notice amid a surge in new coronavirus infections in the capital city, the BBC reported.

The development comes as the country’s top health official warned that a fresh outbreak of cases is expected to spread further.

China has reported more than 133 cases across 11 provinces in the last 24 hours and all of them have been linked to the highly transmissible Delta variant, the report said.

The latest surge is considered the largest outbreak in the country since Nanjing in August this year.

It has raised concerns over China’s ability to maintain its zero-tolerance approach to the virus, especially leading up to the 2022 Winter Olympics, the report added.

Held annually since 1981, the Beijing marathon is one of China’s biggest local sporting events.

The race traditionally begins at Tiananmen Square and ends in Celebration Square in Beijing’s Olympic Park.

Around 30,000 people were expected to take part in the marathon, which was scheduled to take place on October 31.

Marathon organisers said it was cancelling the event “in order to prevent the risk of the epidemic spreading (and) effectively protect the health and safety of the majority of runners, staff and residents”.

The latest surge is believed to have been spread by local tour groups visiting other provinces and cities.

China has enforced travel restrictions, ramped up testing and urged heightened vigilance in a bid to stamp out the latest outbreak.

Since the Covid-19 pandemic was first reported in China’s Wuhan city in December 2019, the country has so far reported a total of 96,797 confirmed cases and 4,636 deaths, according to the National Health Commission’s update on Monday.