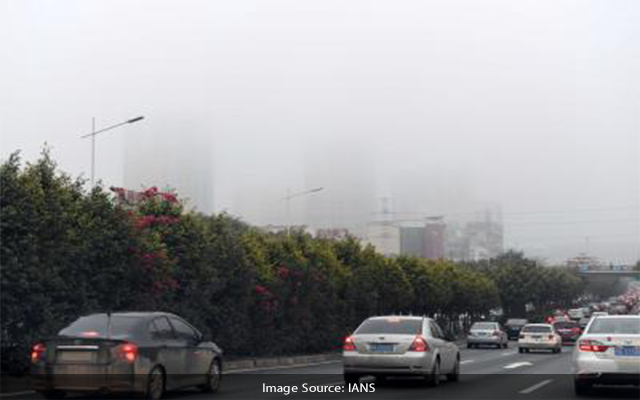 Beijing: China’s national observatory on Friday renewed an alert for thick fog in some regions of the country.

From Friday to Saturday morning, heavy fog is expected to blanket eastern area of the Bohai Sea, the Bohai Strait, most areas of the Yellow Sea, coastal waters of the Liaodong Peninsula, Shandong Peninsula and Jiangsu, Xinhua news agency quoted the National Meteorological Centre as saying.

Visibility in some affected areas will be reduced to less than 1,000 meters, the Centre said.

Drivers have been asked to observe the safe speed limit, and airports, freeways and ports have been told to take appropriate safety measures.