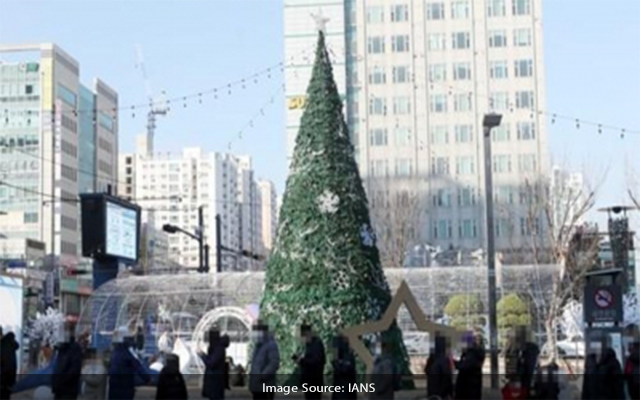 Seoul: The risk level of the Covid-19 pandemic in South Korea’s capital area over the past week has been at the highest level for two weeks in a row, health authorities said on Monday Dec 6.

Earlier, South Korea introduced a new five-tier assessment system to evaluate the risk level of Covid-19 on a weekly basis that is used to decide whether to further ease virus restrictions under its three-phase “living with Covid-19” scheme, which began on November 1, reports Yonhap News Agency.

If the risk level reaches the fourth degree or higher, the government is supposed to carry out an “emergency evaluation” of the pandemic situation for the potential enforcement of contingency plans while halting the relaxed curbs.

The level for the greater Seoul area, which includes Seoul and the surrounding Gyeonggi province, came to the fifth, the top level, for two weeks in a row, according to the Korea Disease Control and Prevention Agency (KDCA).

The KDCA said the other parts of South Korea have remained at the third highest degree for three consecutive weeks.

It added that said such level indicates medical capacity has been strained beyond its limit.

South Korea’s quarantine efforts have stood at a critical juncture as it has seen a surge in Covid-19 related deaths and critically ill patients.