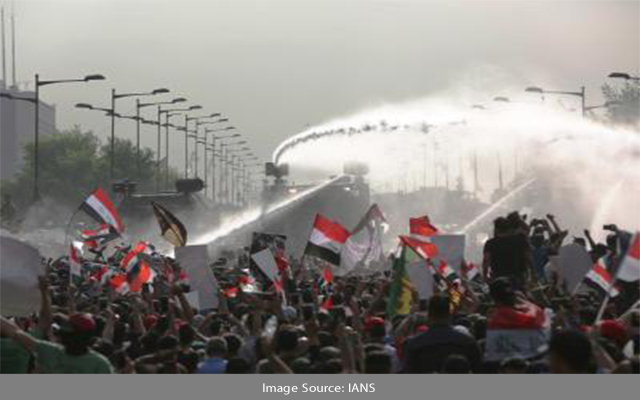 The initiative by the 78-year-old called on granting the prime minister-designate in the interim government the freedom to choose his ministers on the basis of competence and integrity, administer the country’s affairs, and implement a government program that serves the interests of the people, according to the statement.

The ongoing disputes among the Shiite parties have hampered the formation of a new government, as the parliament has been unable to elect a new president by a two-thirds majority of the 329-seat parliament under the constitution during the past months.

If elected, the president, whose tenure is limited to two four-year terms, will then appoint the head of the government, or the prime minister.

Shiite cleric Moqtada al-Sadr’s Sadrist Movement has vowed to form a new national majority government from the winning parties in the elections after his followers took the lead with 73 seats in the Oct. 10 elections.

Al-Sadr’s pro-Iran rivals and some other parties, however, want to form a consensus government to include all political blocs, as with the case of all successive governments since 2003.