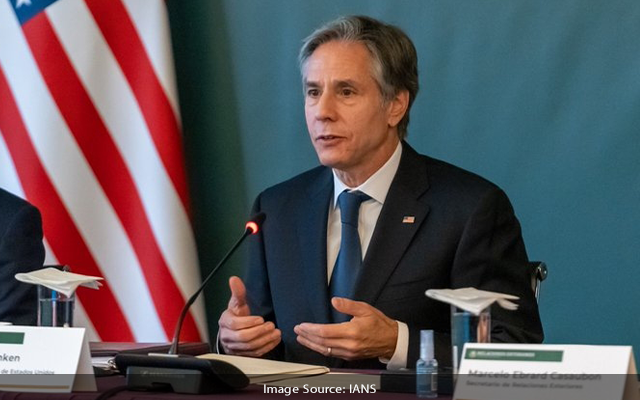 Gaza: The Islamic Resistance Movement (Hamas) has slammed the participation of several Arab countries’ foreign ministers in a conference with US Secretary of State Antony Blinken held in southern Israel.

Hazem Qassem, Hamas Spokesman in Gaza, told reporters on Sunday March 27 that “Hamas rejects all forms of normalisation with the Israel,” adding such meeting “serves nothing but perpetuates the continuous aggression against the Palestinians and their land.”

Qassem called on Arab countries that signed normalisation agreements with Israel to reconsider them in line with the interests of their people, and to keep with their historical responsibilities in protecting Jerusalem and Palestine, Xinhua news agency reported.

A two-day conference began on Sunday evening between Israeli Foreign Minister and his visiting counterparts of the United Arab Emirates (UAE), Bahrain, Morocco and Egypt in southern Israel’s Negev desert.

It marks the first time that Israel hosts a meeting with Arab Foreign Ministers.

US Secretary of State Antony Blinken will participate in the conference on Monday, according to a statement from Israeli Foreign Minister’s office.