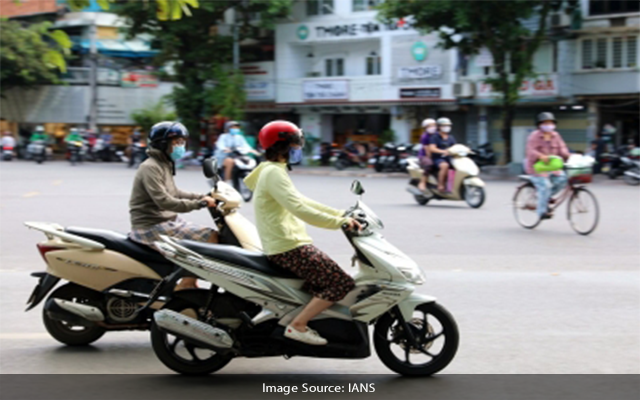 Hanoi: The Vietnamese capital of Hanoi will spend $80 million to alleviate traffic congestion and ensure road safety in the 2021-2025 period, according to a target plan recently approved by the municipal legislature,local media reportd on Friday.

With the money allocated from its budget over the five-year term, Hanoi targets to resolve seven to 10 traffic congestion hotspots each year, reports Xinhua news agency.

It will timely eliminate black spots in traffic accidents to cut traffic accidents by between 5 and 10 per cent per year in terms of cases, number of deaths and injuries, Xinhua news agency quoted Vietnam News as saying.

To achieve the goals, local authorities figured out solutions including relocating residents out of urban areas in order to reduce population density, improving public transport capacity, gradually limiting private vehicles in the long term, as well as applying technologies in traffic management.

Notably, industrial production sites causing environmental pollution, universities, vocational schools, and administrative units are set to be relocated out of the city’s centre to increase land funds for traffic activities.

Also, Hanoi will build an online digital traffic map to serve the management, operation and regulation of traffic and develop a smart parking spot search software to help people find and pay parking spots conveniently, according to the plan.