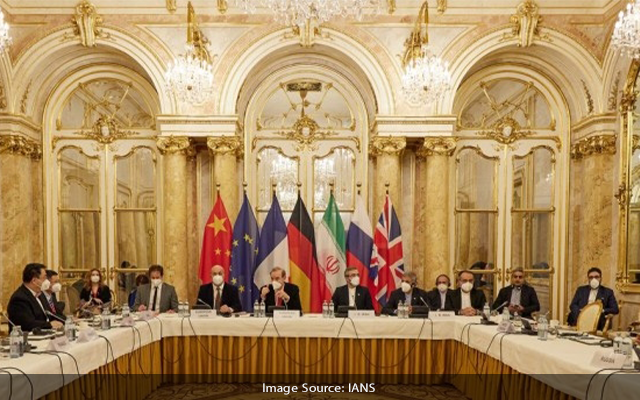 Tehran: The Iranian ambassador to Spain has blasted Europe’s inaction in the face of US pullout from the 2015 nuclear deal, saying the European Union (EU), in practice, took no effective measure against Washington’s “cruel” sanctions on Tehran after US’ unilateral withdrawal.

Hassan Qashqavi made the remarks on Saturday when addressing a gathering of university professors and students of Spain, according to semi-official Iranian Students’ News Agency (ISNA).

He voiced his regret that the incumbent US. President Joe Biden failed to fulfill its pledge of Washington’s immediate return to the deal, formally known as the Joint Comprehensive Plan of Action (JCPOA), saying this is why talks are currently being held in the Austrian capital of Vienna between Iran and the remaining JCPOA signatories, namely Britain, China, France, Russia plus Germany, to revive the deal.

Commenting on US sanctions against Iranians and their adverse impact on Iran’s relations with other countries, including Spain, he stressed that “the EU took no effective measure in practice in the face of Washington’s cruel sanctions.”

The ambassador added that Iran has again placed on its agenda negotiations with the remaining JCPOA parties aiming to fully lift the sanctions despite the Western sides’ failure to honour their promises, Xinhua news agency reported.

Since April 2021, Iran and the five signatories have been holding talks in Vienna to restore the JCPOA. The US side has been indirectly taking part in the talks.

The 2015 nuclear deal eased the previous US sanctions on Iran in exchange for Tehran’s curbing its nuclear program, which the US-led western countries have suspected as an attempt to create nuclear weapons despite Iran’s insistence that it is peaceful.