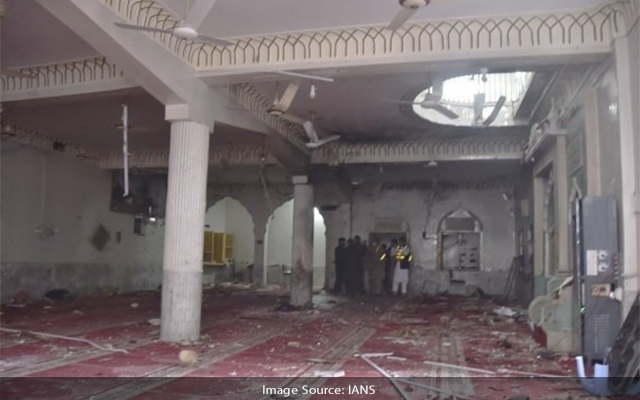 Peshawar: The Islamic State (IS) of Khorasan has claimed the responsibility of the terror attack on a Shia mosque in Pakistan’s Peshawar during the Friday’s prayer, in which at least 56 people killed.

The IS of Khorasan, which is active in the region, has claimed that it was an Afghan suicide bomber who executed the terror attack. The IS has made the claim in a press note.

Apart from 56 fatalities, as many as 194 others have recieved injuries after the alleged Afghan suicide bomber exploded himself during the Friday’s prayer at the mosque.

The Shia mosque, where the explotion took place, reffered as Imam Bargah is located at Qissa Khwani Bazaar in Peshawar’s Kucha Risaldar area.

“There were two offenders who entered the mosque and then engaged in an exchange of fire with the security forces, following which one attacker was killed by the police. An eyewitness identified a person dressed in black as the suicide bomber, saying he entered the mosque, shot and killed the security guard first and then fired five to six bullets at the police. Subsequently, he rushed towards the main hall and blew himself in front of the pulpit.”

Separately, a local person claimed that despite residents urging for tighter security due to a recent hand grenade attack in the area, this suicide bombing was “neither anticipated nor prevented.”