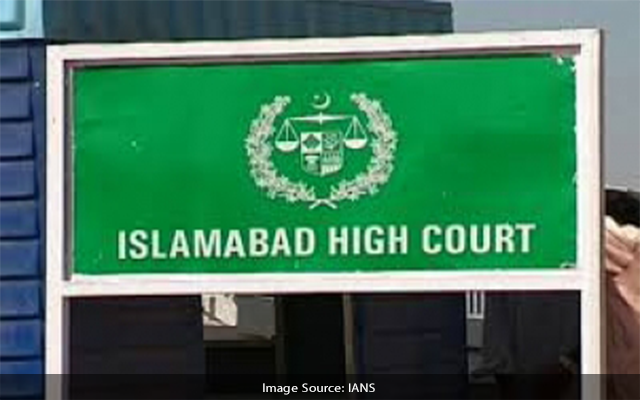 New Delhi: Islamabad High Court Chief Justice Athar Minallah on Monday expressed severe displeasure at the practice of enforced disappearances, saying “chief executives” of the country were ultimately answerable for such acts and at one point wondered if they should be charged under Article 6 of the Constitution (high treason), Dawn reported.

Justice Minallah gave these remarks during an exchange with Attorney General of Pakistan Khalid Jawed Khan while hearing a petition filed by the family of missing journalist Mudassar Naaru.

In the hearing on Monday, the IHC Chief Justice called enforced disappearances a “stain on Pakistan” and the “worst form of corruption” as he noted that former chief executives nowadays take pride in the practice by writing about it in their books, Dawn reported.

“Had the state existed somewhere, why would the affected family need to approach the court, and why would we need to bring this to the Prime Minister’s notice?” the chief justice questioned.

In August 2018, Naaru went on vacation to the Kaghan valley, but has since been missing. He was last spotted near the Kaghan river. Initially, his family and friends thought that he may have accidentally fallen into the river and drowned, but his body was never found. Others began speculating that Naaru may have killed himself — a claim instantly rejected by the family, saying he had no signs of despair, the report said.

His family subsequently tried to register a first information report against “unidentified persons”. When the police refused to cooperate, they were forced to approach civil rights organisations but to no avail. A few months following his disappearance, one of his friends said he had spotted Naaru at a detention centre for “missing persons”.

In a previous hearing of the case, it had been asserted that Naaru, who was also a social activist and human rights defender, had been receiving threats allegedly from officials of state institutions before he went missing.