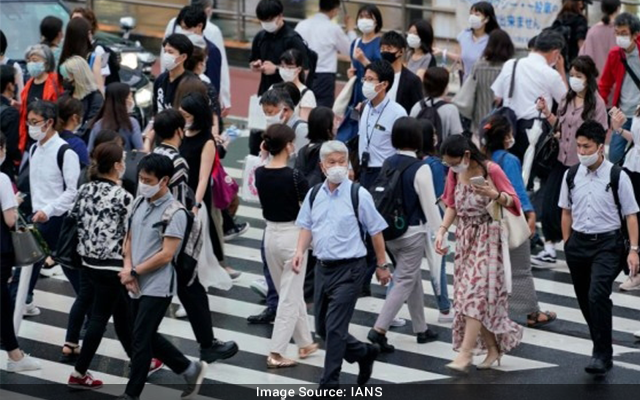 Tokyo: Japan will not tighten Covid-19 restrictions immediately despite the community transmission of the Omicron variant, as the government has taken full-fledged measures against it, Chief Cabinet Secretary Hirokazu Matsuno said on Thursday December 23.

“At the moment, we are not thinking about making any change to the eased restrictions on people’s activities, but we plan to respond speedily by working with municipalities and experts by taking infection situations into account,” the top government spokesman said.

With no history of overseas travel, the three family members — a male elementary school teacher, a woman in her 30s, and a girl under 10 years old — were admitted to a hospital after developing mild symptoms such as fever between Saturday and Monday, according to the local government.

Japanese Prime Minister Fumio Kishida said his government is fully prepared for the spread of the strain. “Using the time we bought through strengthened border control, we have accelerated efforts to enhance the process of prevention, testing, and early treatment,” he said at a gathering in Tokyo.

Japan has banned new entries by foreigners globally from November 30 and extended the measure until early next year amid uncertainties of the Omicron variant.