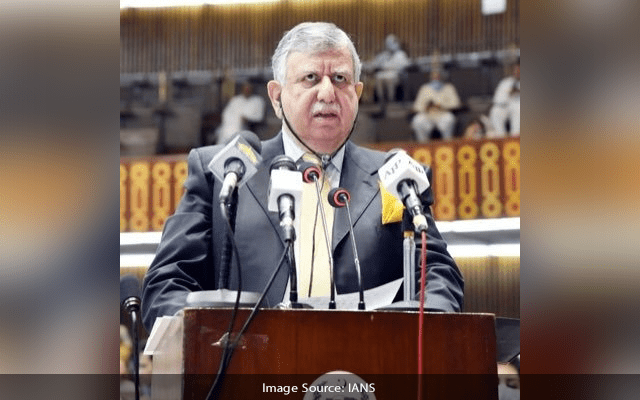 Islamabad: Pakistan government is confident that its progress in terms of economic reforms and strategies will help it get a positive nod from the International Monetary Fund (IMF) during its 7th review.

The IMF mission had raised reservations over the budget allocation in the Prime Minister’s Relief Package on various commodities, including petrol, diesel, electricity prices and tax amnesty for industrial sector during the last review.

However, this time, Pakistan Finance Minister Shaukat Tareen is confident that all concerns have been explained in detail and would not cause any further discrepancies.

“Now the IMF team will come back with final assessment on Friday for holding virtual talks,” said Tarin.

“The pending 7th review of the IMF was almost done because there was no difference of opinion on macroeconomic figures till December 2021,” he added.

While Tarin seems confident that the IMF review will go smoothly, other government sources say it may be difficult to strike a staff level agreement with the IMF, especially when political instability in the country is looming over the ruling government led by Prime Minister Imran Khan.

“Political crisis in the country is looming over the ongoing staff-level review talks and a decision on the next loan tranche is likely after an outcome on the no-confidence move due later this month,” said an official.

The other challenge for the Pakistani authorities with the IMF will be to convince them and justify Islamabad’s breach of commitment of raising petroleum levy by Rs 4 per month.

Pakistani officials are hopeful that the IMF would look into this matter and review it with leniency, keeping in view the unprecedented rise in global crude oil prices.

Pakistan has so far detailed to the IMF that the amnesty package is not only a relief package, but is more of an industrial package, entailing five-year tax holidays on projects with investment by Pakistani expatriates in Pakistan.

Pakistan is under a strict bailout financial package plan of $6 billion by the IMF, under which, it has to comply with the financial plan and reforms, which has already forced the Imran Khan-led government to raise prices of petroleum, gas and electricity and has attracted widespread criticism from opposition political parties and the public at large.