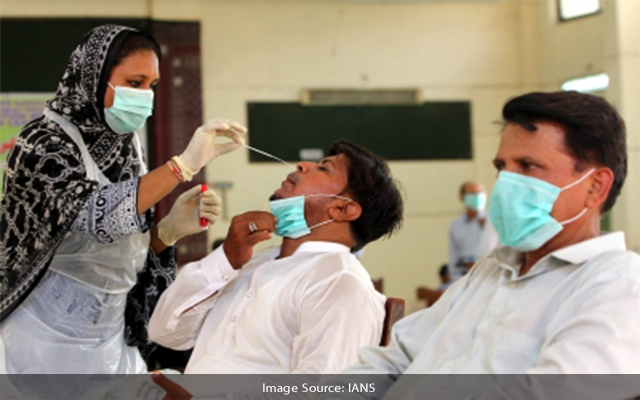 The NCOC, a department leading the nation’s campaign against the pandemic, said that the country’s number of confirmed cases has increased to 1,520,120 while 1,472,291 of them have recovered, Xinhua news agency reported.

The country’s daily Covid death toll has witnessed a downward trend recently as four people succumbed to the virus on Tuesday, taking the total number of coronavirus deaths to 30,317, said the NCOC statistics.

The active cases dropped to 17,512 after 1,003 patients recovered on Tuesday. There are 567 patients in critical condition and they are being treated in intensive care units in different hospitals of the country.

Pakistan’s southern Sindh province is the most-affected region of the country in terms of the caseload, with 572,555 infections, followed by the eastern Punjab province, which has reported 504,045 cases.