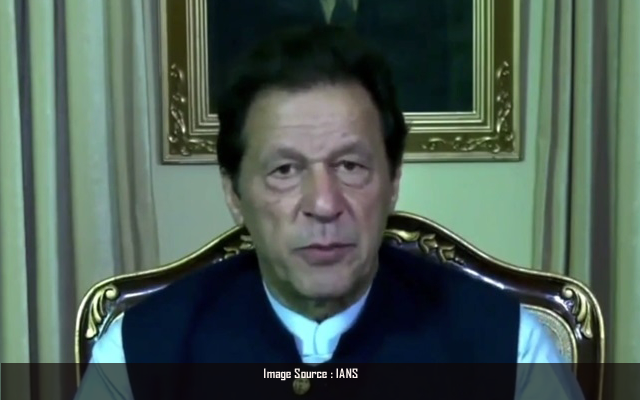 Islamabad:  April 10, 1973 was the historic day when Pakistan got its constitution approved and April 10, 2022 became another historic day that saw a popular sitting Prime Minister of the country, be voted out through the no-confidence motion.

April 10, 2022 became the day when Imran Khan went from a Prime Minister to a former Prime Minister. The day saw political shifts, power corridors shaking and backdoor manoeuvring throughout the day with Imran Khan trying out available and non-available options to ensure that he retains his seat as the country’s Premier.

With Imran Khan in the Prime Minister house, the opposition parties, who had brought with them majority support from lawmakers, needed to conduct the no-confidence voting in the parliament and de-seat Imran Khan from premiership, were made to sit and wait from 10.30 a.m. till 12 midnight as their patience was tested by pinching, finger- pointing long speeches from leaders of the government benches.

Multiple adjournments became the notable deliberate attempts by the Speaker to delay the no-confidence vote and provide ample time and leverage for Imran Khan to find manoeuvring means and engage with powerful quarters and workout strategy of tackling the voting in the parliament.

But as the day went on, Khan’s options continued to shrink, leaving him with no other option but to choose on how he wants to be ousted.

Khan was left with two options, resign or be voted out of office.

The reason for failure of all attempts to save his seat was because Khan’s fate was forcibly re-routed back towards the same parliament he had dissolved on April 3 to avoid the no-confidence voting and declare it his major surprise against his opposition.

But less did Khan know, the Supreme Court of Pakistan, which is responsible for upholding the constitution of the country, stepped in and ensured that Khan faces his worst challenge head on, that also through a democratic process, which was constitutionally correct.

The intervention of the apex court was not only limited to ordering re-instatement of the parliament and going ahead with the no-confidence voting; but it was also to keep an eagle eye on the implementation of its order, surrounding Imran Khan in what visibly seemed like negating all possible options (constitutional or non-constitutional), leaving him with no option but to decide on how he wants to leave the throne.

The day ended with a loyal associate of Imran Khan resigning from the Speakership of the assembly and allowing the opposition to finally go ahead with the voting and de-seating Khan from his beloved premiership.

It is an open secret that Pakistan’s democratic system and its sustainability rely on better relationship with the two most powerful quarters, the military establishment and the judiciary. And anyone who tries to overlook or out power the authority of any one of them, ends up with the same fate as Imran Khan just did.