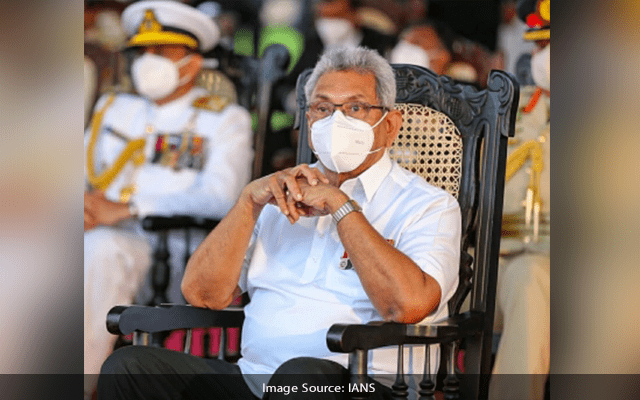 Colombo: Following the resignation of the Sri Lankan Cabinet amid anti-government protests, President Gotabaya Rajapaksa has invited all political parties, including the opposition, to accept ministerial posts and to help to resolve the ongoing economic crisis.

Issuing a statement, President Rajapaksa invited the parties to come together to find solutions.

“The current crisis is a result of several economic factors and global developments. As one of the leading democratic countries in Asia, solutions should be found to this within a democratic framework,” the statement noted.

“Considering this a national need, the time has come to work together for the sake of all the citizens and future generations.”

As the island-wide protests defying curfew and emergency laws imposed by Rajapaksa took place on Sunday, the government decided to dissolve the cabinet with the plan to have an all-party interim government.

Grappled by a severe economic crisis, the island nation has been going through a crisis where people are suffered without fuel, LPG, electricity and food for months.

Extensive loans and unlimited money printing which exceeded 1.2 trillion LKR ($4 billion) in 2021 along has lead to the current economic crisis.

Meanwhile Governor of the Central Bank Ajith Nivard Cabraal, who was blamed by the opposition parties and activists as responsible for extensive money printing, has resigned.