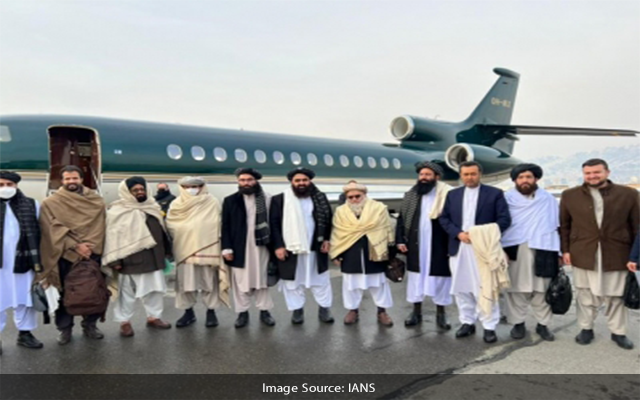 New Delhi: A number of Afghans based in Norway protested against the visit of a high-ranking Taliban delegation led by acting Foreign Minister Amir Khan Muttaqi to Oslo, saying that they (Taliban) do not represent us.

The demonstration was staged on Saturday to oppose the visit of the Taliban delegation and their meetings with Norwegian authorities and members of the International community, Khaama Press reported.

The Afghan protesters said that the Taliban are on the blacklist for “terrorists” of the US and that they should not be negotiated within Norway.

The delegation arrived in Oslo on Saturday on an invitation by the Norwegian government.

They are scheduled to discuss important issues with Norwegian officials, envoys from the US and the European Union (EU), as well as some influential Afghan figures, Taliban deputy spokesman Inamullah Samangani had said on Friday.

The Foreign Ministry in Oslo also confirmed that a high-level summit on Afghanistan with a focus on girl’s access to education and human rights, will be attended by the Taliban delegation.

But the Ministry reiterated that “these meetings do not represent a legitimisation or recognition of the Taliban”.

This is the second foreign trip in January by a Taliban delegation.

Earlier this month, a delegation led by Muttaqi visited Iran, where he held talks with Ismail Khan, the former Governor of Herat province, and Ahmad Masoud, leader of Resistance Front.

However the Resistance Front said that the negotiations didn’t reach a positive result.