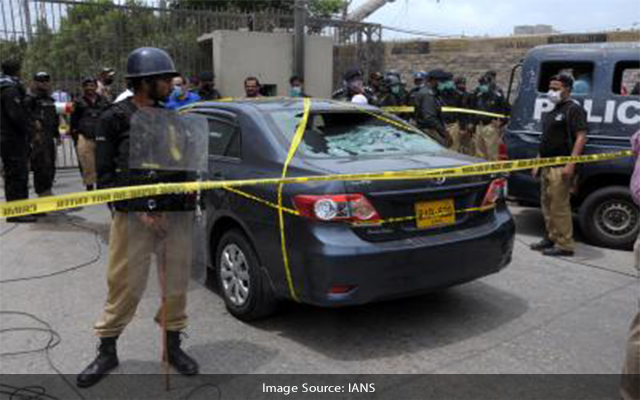 Karachi: Three people were killed and eight others injured when an explosion took place inside a multi-storey building in Karachi on Saturday, local media reports said.

Nature of the blast is being determined by police who said that investigation is underway to determine whether the incident occurred due to gas leakage or detonation of explosives, reports Xinhua news agency.

The building which hosted a bank and several other offices partially collapsed in the explosion.

Several people are also feared to be trapped under the rubbles of the collapsed building, according to the media reports.