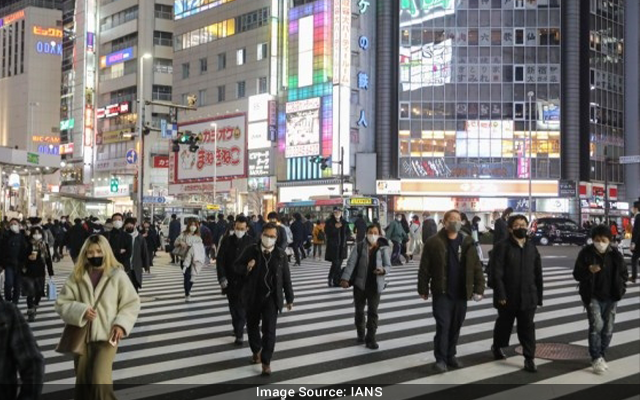 Tokyo: Tokyo authorities on Friday December 24 reported the Japanese capital’s first case of the Omicron Covid-19 variant reported in the community with no known travel history.

A doctor at a clinic in Tokyo was confirmed to be infected with the new variant through an unknown route, according to the metropolitan government.

Three other cases with a history of overseas travel were also reported on the same day, reports Xinhua news agency.

The metropolitan government has classified five people as close contacts of the doctor, who has been hospitalised and the five close contacts have all tested negative for the virus.

Tokyo Governor Yuriko Koike told reporters that the doctor had worn a face mask and face guard at work and has no close contact with patients.

Tokyo will conduct free Covid-19 tests from Saturday amid growing worries over the variant, Koike said, adding that the government is planning to conduct 30,000 tests per day for those wishing to be tested at 180 locations in the capital.

Kyoto, a western prefecture of Japan, also confirmed three infections of the variant through unknown routes on Friday.

On Wednesday, cases of community transmission of the variant in Japan were first reported in Osaka Prefecture.