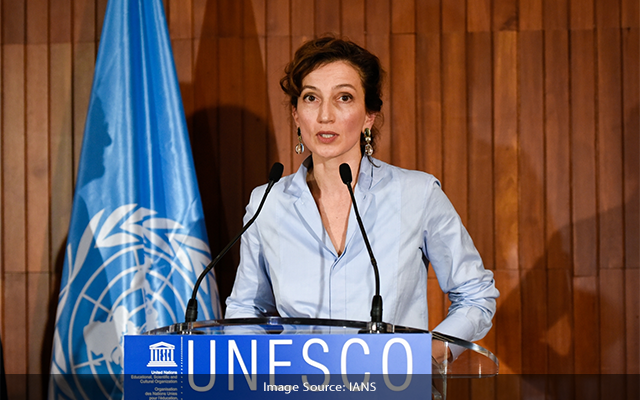 New Delhi: UNESCO Director General Audrey Azoulay has expressed deep concern over the announcement made in Afghanistan to gradually reopen secondary schools for boys and their male teachers only, leaving girls and women behind.

Should this ban be maintained, it would constitute an important violation for the fundamental right to education for girls and women, UNESCO said.

UNESCO calls on those responsible for this announcement to clarify the situation and reopen schools for all Afghan students, boys and girls alike.

UNESCO has warned about the irreversible consequences, if girls are not allowed to return to school at all levels of education swiftly. In particular, the delayed return of girls to secondary school may risk them to be left behind in education and ultimately, in life.

It increases the risk of dropping out from education altogether and exposes them to negative coping mechanisms such as child marriage. It may further widen the learning disparities between boys and girls, and ultimately hinder girls’ access to higher education and life opportunities.

“Our commitment to Afghan children is unequivocal, and our collective responsibility is to ensure that the fundamental right to education for each and every one of them is fully realized”, UNESCO said.

According to a report, Afghanistan has made significant gains in education over the past twenty years particularly for girls and women. Since 2001, the female literacy rate almost doubled from 17 per cent to 30 per cent; the number of girls in primary school increased from almost zero in 2001 to 2.5 million in 2018. The number of girls in higher education increased from around 5,000 in 2001 to around 90,000 in 2018. The percentage of female teachers increased from 27 per cent in 2007 to 36 per cent in 2018. Yet these critical gains for the country’s development are at risk if there is a delayed return of girls to school.