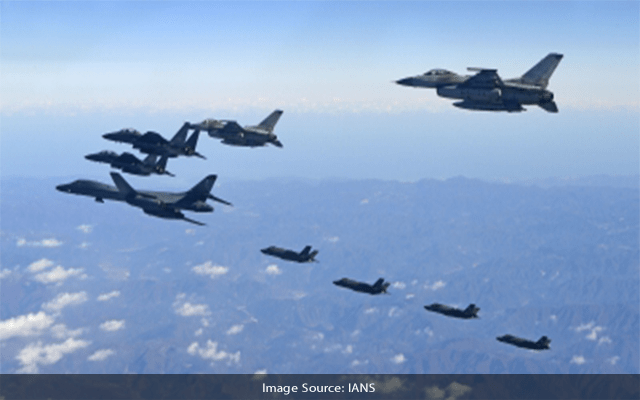 Seoul: The US military flew another major intelligence-collecting aircraft over the Korean Peninsula on Tuesday, as Seoul and Washington were on the alert for a possible long-range rocket test by Pyongyang, according to a flight-tracking service.

The RC-135S Cobra Ball spy aircraft, based in Japan, made a sortie around the Peninsula, Yonhap News Agency quoted Flightradar24 as saying, a day after the US sent an RC-135V Rivet Joint reconnaissance plane here apparently in order to monitor North Korean military activities.

The move came amid reports the North might be all set for the test-launch of an intercontinental ballistic missile (ICBM) following back-to-back tests of related systems.

“We are closely tracking and monitoring (North Korean activities),” an official at South Korea’s Joint Chiefs of Staff told reporters and stressed that Seoul is maintaining a “firm” defence posture.

The US and South Korea, in particular, have been keeping a close eye reportedly on the Sunan airfield and some other sites where the North conducted missile tests.

On March 11, Seoul and Washington accused Pyongyang of having conducted a new ICBM system test each on February 27 and March 5 ahead of a full-range launch, dismissing the North’s claim the twin tests were part of efforts to develop a “reconnaissance satellite”.