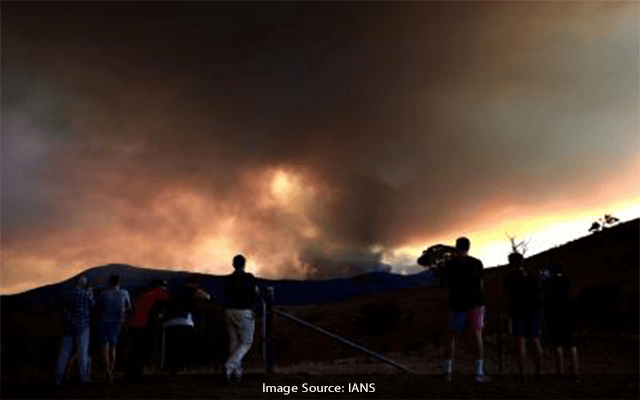 Canberra: A new survey on Thursday revealed that the Australian government has failed dismally to do anything to ward off the effects of climate change.

The poll was conducted by the Climate Council, a leading community-funded organisation which draws on scientific advice to advocate on environmental issues, reports Xinhua news agency.

The survey titled the ‘Lost Years: Counting the Costs of Climate Inaction in Australia’, asked 1,300 people to grade the government’s environmental performance, with the average response being three out of 10, while 26 per cent of the group gave the government a zero for its lack of environmental efforts.

Climate Council Emeritus Professor Will Steffen accused the government of putting “Australians, the economy, and the ecosystems we depend on at risk”.

“Because of this government’s inaction on climate, we now have even less time left to act to avoid catastrophic warming,” he said.

“We also need to deal with the accelerating consequences that are already with us, as we’ve just seen with the east coast floods.”

Steffen also noted that the government had substantially cut spending on climate science during a time when the nation’s fossil fuel production had expanded by 19 per cent.

The report was published less than two days after the government released its budget for the coming year, which has also received a scathing response from Climate Council chief executive Amanda McKenzie, who described it as “mind boggling” that the government was again cutting funding for climate initiatives at a time when Australians were “suffering through the nightmare of an off-the-charts flooding disaster”.

“The record is clear, in eight years, the federal government’s decisions have exacerbated the climate crisis and they have tried to cover up their policy failings,” McKenzie said.

“Australians have lost almost a decade of what should’ve been our moment to take strong and bold action on climate.

“We could be a nation that has embraced the limitless economic potential of a swift transition to renewables, but instead we’re clinging to coal, oil and gas.”