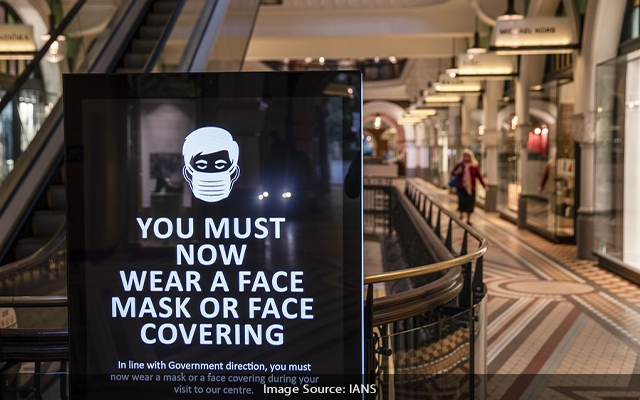 Canberra: The Australian government has secured access to 300,000 courses of the “promising” treatment for Covid-19 as the country continues to battle the third wave of the pandemic, Prime Minister Scott Morrison and Health Minister Greg Hunt announced on Tuesday October 5.

In a joint statement, Morrison and Hunt said that the government has ordered 300,000 courses of oral antiviral treatment Molnupiravir, which is currently in late stage clinical trials, reports Xinhua news agency.

The makers of Molnupiravir, US pharmaceutical company Merck Sharp & Dohme (MSD) and Ridgeback Biotherapeutics, have recently announced that Molnupiravir reduced the risk of hospitalisation or death from Covid-19 by 50 per cent at a planned interim analysis of the Phase 3 trial.

Under the agreement announced on Tuesday, MSD will supply Molnupiravir pills to Australia if it is approved by the Therapeutic Goods Administration (TGA), which Morrison and Hunt said could occur early in 2022.

Molnupiravir is a capsule that is taken twice a day for five days by adult patients with mild-to-moderate Covid-19 symptoms and does not need to be refrigerated, allowing it to be used in the community or as a targeted intervention at high-risk locations and in rural areas.

On Tuesday morning, Australia reported more than 2,400 new locally-acquired Covid-19 infections, including 1,763 in Victoria, the highest daily tally in any state since the start of the pandemic.

According to the latest data released by the Department of Health, 79.9 per cent of Australians aged 16 and older have received at least one Covid-19 vaccine dose and 57.4 per cent are fully vaccinated.