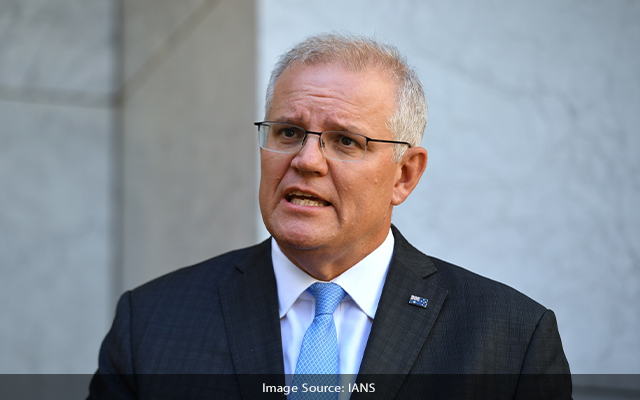 Canberra: Australian Prime Minister Scott Morrison on Friday announced his latest ministry reshuffle, under which her promoted two of his close political allies in a Cabinet shake-up triggered by the resignation of Christian Porter from his post as the Minister for Industry, Science and Technology last month.

Porter, who previously served as the attorney-general, stood down after accepting an anonymous donation to fund personal legal fees, reports Xinhua news agency.

Morrison announced that Energy and Emissions Reduction Minister Angus Taylor would take on the industry portfolio and Melissa Price, the minister for defence industry, will take on science and technology.

West Australian Member of Parliament (MP) Ben Morton, who has served as Morrison’s assistant minister since the 2019 election, was named the special minister of state and the public service minister.

Price was returned to Cabinet in March after being demoted following the 2019 election.

“These changes provide a timely opportunity to reinforce some of the key issues that the government is progressing,” Morrison told reporters.

“I recently promoted Melissa again to the Cabinet and she’s been hitting the marks and doing a terrific job and it’s great to have her in the new roles.”