Canberra: Australia’s Covid-19 vaccine rollout has hit a major milestone, with 70 per cent of the adult population fully inoculated against the virus, Minister of Health Greg Hunt said.

Hunt said that more than 70 pe rcent of Australians aged 16 and over have received two vaccine doses so far, reports Xinhua news agency.

It means the national vaccination rate has now reached the target set by Prime Minister Scott Morrison to begin the roadmap out of the pandemic.

Hunt said the milestone was a major testament to Australians.

“I can officially confirm that Australia has now passed the 70 per cent double-dosed vaccination rate for the 16-plus population,” he told reporters in Canberra.

“It’s a memorable number, but it’s memorable above all else because it represents the movement at a national level to phase B of our national roadmap,” which was revealed by Morrison in July, Hunt added.

It also marks the beginning of preparations for booster shots, with aged care residents set to have priority access, according to Hunt.

As the country is still grappling to contain the third wave of the pandemic, the total Covid-19 caseload and death toll stood at 152,024 and 1,590, as of Thursday morning.

Traffic violators to get SMS alerts in B’luru 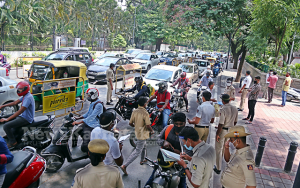 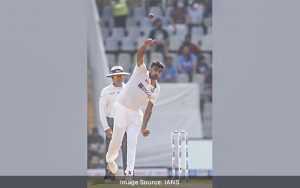 ‘Make your presence visible on ground’