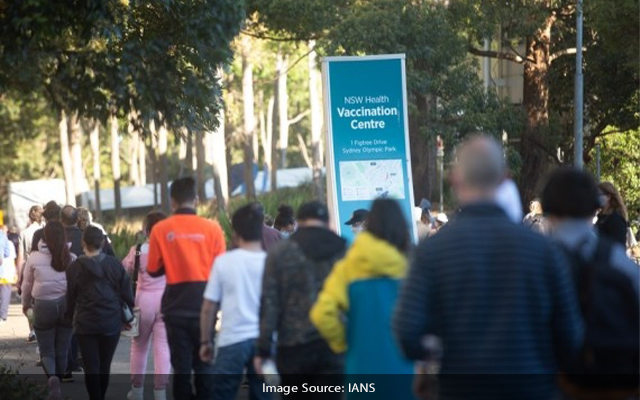 There have been more than 65,000 new cases reported in October, the most in any month since the onset of the pandemic in early 2020 and more than twice as many as all of last year, reports Xinhua news agency.

More than 400 deaths were also reported in October.

There were 177 new cases in New South Wales (NSW), the first time in nearly three months that the daily count dipped below 200, according to local media the 7news.

As of Sunday, 88.2 per cent of Australians aged 16 and older have received one Covid vaccine dose and 77.2 per cent were fully inoculated, according to the Health Department of the Australian government.

Victoria, Australia’s second biggest state, became the third jurisdiction to have 80 per cent of its over-16 population fully vaccinated.

The federal government on Sunday announced that quarantine-free travel from New Zealand to Australia will resume from Monday.

Minister for Trade, Tourism and Investment Dan Tehan said it would be a major boost for the tourism industry leading into summer.