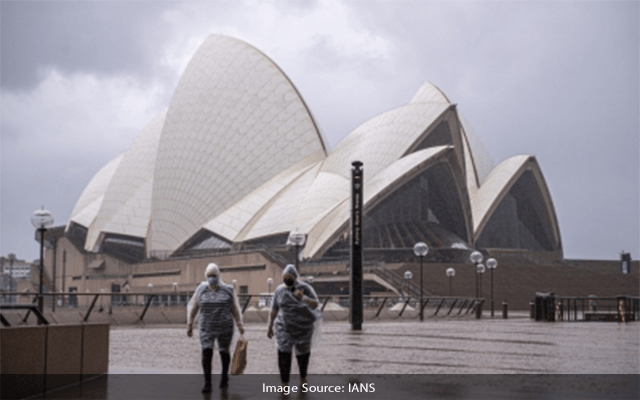 Canberra:  Australia’s economy grew by 0.8 per cent in the first quarter of 2022, beating economists’ expectations.

According to figures published by the Australian Bureau of Statistics (ABS) on Wednesday, gross domestic product (GDP) increased 0.8 per cent in the March quarter and 3.3 per cent over the past year, Xinhua news agency reported.

Economists had forecast growth of approximately 0.5 per cent for the quarter and 2.9 per cent annually.

The growth came despite a spike in coronavirus infections and catastrophic flooding hitting much of the country’s east coast throughout January, February and March.

The ABS noted that the better-than-expected result was driven by a rise in household consumption and government spending.

However, Jim Chalmers, the treasurer under the new Labor government, said the economy is weaker than forecast by the previous government and his predecessor, Josh Frydenberg.

“These are glimpses at the mess the former government has left behind for us to clean up,” Chalmers told reporters in Canberra.

“You can see in these figures, even with a number on the surface, when it looks relatively robust, is much lower in many instances and what the government was relying on in the forecast in the budget.”

The household income saving ratio, which measures the portion of earnings households were putting into their savings, fell from 13.4 to 11.4 per cent.

“The 11.4-per cent household saving ratio was the lowest since the start of the Covid-19 pandemic, but remains above pre-pandemic levels,” Sean Crick, acting head of National Accounts at the ABS, said in a media release.