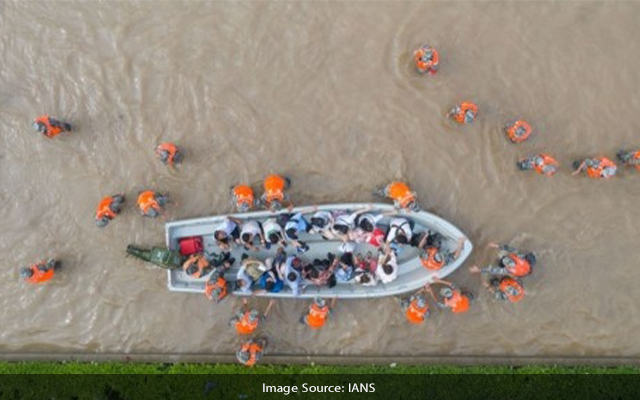 Beijing: The death toll from the torrential rain in China’s Henan province has increased to 69, local authorities have confirmed.

More than 12.9 million people have been affected by the latest round of downpours, and the flood situation remains severe, Xinhua news agency quoted the information office of the provincial government as saying in a latest update on Monday.

A total of 933,800 residents in Henan have been relocated to safer places, and about 972,000 hectares of crops damaged, said the office.

The province is witnessing a new spell of heavy rain expected to last until Thursday.