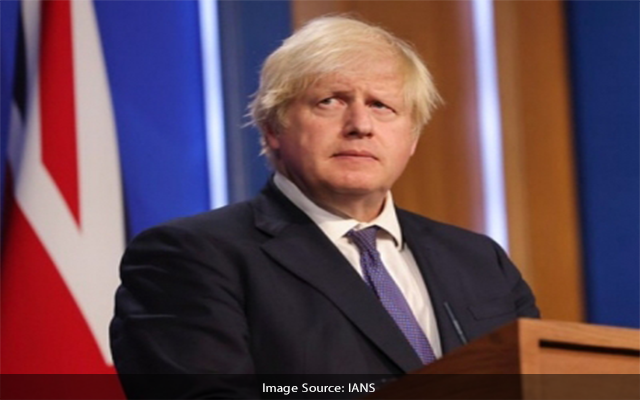 London: British Prime Minister Boris Johnson, a career journalist and former editor of The Spectator magazine, in an opinion piece in The New York Times published on Sunday March 6, described Russia as a great nation and a great world power.

He wrote: “We have no hostility toward the Russian people, and we have no desire to impugn a great nation and a great world power.”

He also penned: “The truth is that Ukraine had no serious prospect of NATO (NORTH ATLANTIC TREATY ORGANISATION, the western military alliance) membership in the near future – and we were ready to respond to Russia’s stated security concerns through negotiation.” He added: “This (the current invasion of Ukraine by Russia) is not a NATO conflict, and it will not become one.”

However, he affirmed: “(Russian President) Vladimir Putin’s act of aggression must fail and be seen to fail.”

Incremental pressure on the Russian economic activity was applied on Sunday with Mastercard and Visa either suspending services in Russia or being on the verge of doing so.

Meanwhile, the Russian news agency TASS reported Putin claimed at least 13,000 civilians have been killed in the pro-Russian breakaway Ukrainian regions of Donetsk and Lugansk since 2014.

“The Donbass people (of the Donetsk and Lugansk areas) are not stray dogs. Yet, 13,000-14,000 of them have been killed there over years. More than 500 children have been killed or crippled.” A response to this charge from the Ukrainian government was awaited.

On Sunday, French President Emmanuel Macron and Putin started speaking (at 6 p.m. IST) on the phone for the fourth time in 10 days, sources at the Elysee Palace said. A briefing on the outcome of this conversation was awaited.

On Monday, a third round of peace talks between Russian and Ukrainian officials are scheduled to take place. As war rages, diplomatic efforts continue to try and find a solution and thereby arrive at a truce. Western governments, though, were not optimistic.

Johnson suggested in its article that an agreement will not be imposed on Ukraine against its will. The US and Russia, though, have reportedly been speaking to each other directly, the Kremlin maintained.