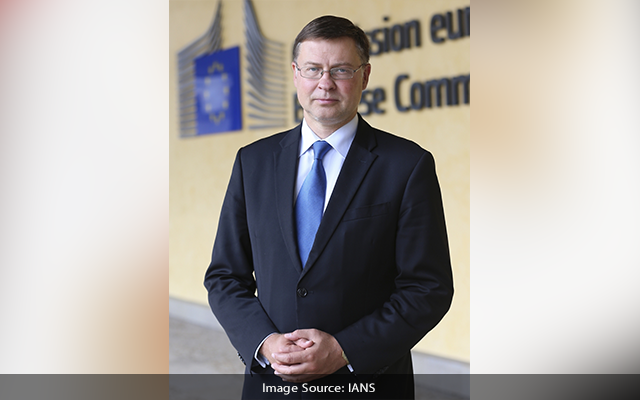 Brussels: Inflation in the eurozone will continue to increase in the coming months owing mainly to rising commodity and energy prices, but is expected to ease gradually in 2022, European Commission Vice President Valdis Dombrovskis said here on Tuesday November 9.

He said the elements that are driving inflation “appear to be of a temporary nature” and its causes are global: the rising price of energy, particularly of natural gas, supply bottlenecks and the “release of pent-up demand as economies reopen,” Xinhua news agency reported.

“We will keep watching inflation developments closely, also for possible second-round effects, and we stand ready to adjust our policies if necessary,” he said, adding that all member states of the European Union (EU) are expected to return to their 2019 gross domestic product (GDP) levels this year or next.

Dombrovskis said there were several developments that risked hampering the recovery. One of these was inflation, which stood at 4.1 per cent in October in the eurozone, “a level never exceeded since the start of the data series in 1997”.

He said that the finance ministers had discussed the package presented by the European Commission last month with measures to offset the immediate impact of energy price increases and to strengthen resilience against future shocks with immediate measures to support the most vulnerable segments of society.

He said the ministers also discussed the completion of the major overhaul of banks’ regulatory and supervisory framework by implementing international standards to make the wider EU banking system more resilient to economic shocks.