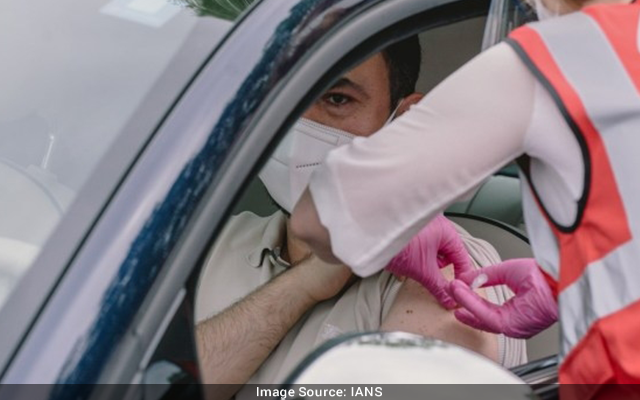 Berlin: To counter the slowdown in Covid-19 inoculation, Germany has launched a national “vaccine action week”, offering jabs free of charge and without an appointment at easily accessible public sites.

“All over the country, people are rolling up their sleeves,” Xinhua news agency quoted Chancellor Angela Merkel saying in a video message a day ahead of the campaign’s launch on Monday.

“At volunteer fire brigade stations, in trams, on the football pitch, in mosques, it has never been easier to get a vaccine.”

To promote the campaign, posts such as Merkel’s video message were shared on social media in order to reach as many people as possible.

The number of daily administered Covid-19 vaccine doses in Germany has been declining in recent months, with only 61,079 shots administered on Sunday,the Robert Koch Institute (RKI) for infectious diseases said on Monday.

The number of vaccine doses administered per day was the highest in early June, at over 1.4 million.

Till date, almost 51.8 million people in Germany have been fully inoculated, bringing the country’s vaccination rate to 62.2 per cent, according to the RKI.

More than 55 million people have received at least one vaccine dose.

At the end of September, many of the country’s vaccination centres will be closed and put on “standby mode” and therefore “we are switching over to mobile teams”, Minister of Health Jens Spahn told the public broadcaster WDR on Monday.

From October, coronavirus testing will stop being free of charge in an attempt to further encourage people to get vaccinated.