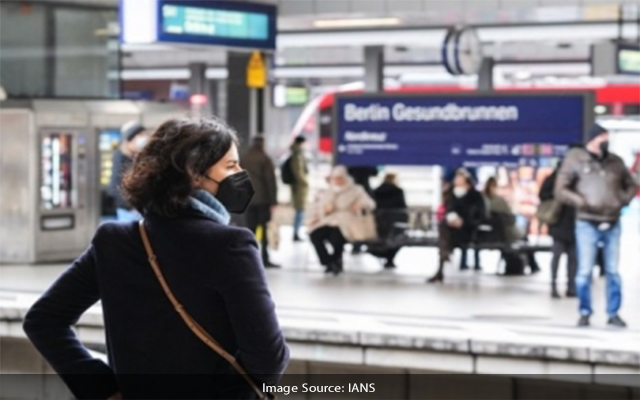 Berlin: The number of daily Covid-19 infections in Germany hit a new record of 262,752 new cases within 24 hours, around 52,000 more than in the previous week, the Robert Koch Institute (RKI) for infectious diseases said on Thursday.

Germany’s seven-day Covid-19 incidence rate also increased, reaching 1,388.5 infections per 100,000 inhabitants on Thursday, up from 1,319 on the previous day, according to the RKI, Xinhua news agency reported.

Due to less severe cases associated with the Omicron variant, Germany’s federal and state governments agreed to successively relax most Covid-19 measures by March 20.

However, basic protection measures such as wearing a mask in certain areas will remain in place.

Since the end of last week, restaurants and hotels in Germany are no longer restricted only to customers who have been vaccinated or recently recovered from the disease.

Under the so-called 3G rule, such premises are now also open to unvaccinated people who can provide a negative Covid-19 test.

With only 95,000 vaccinations administered on Wednesday, Germany’s vaccination campaign continued to slow down.