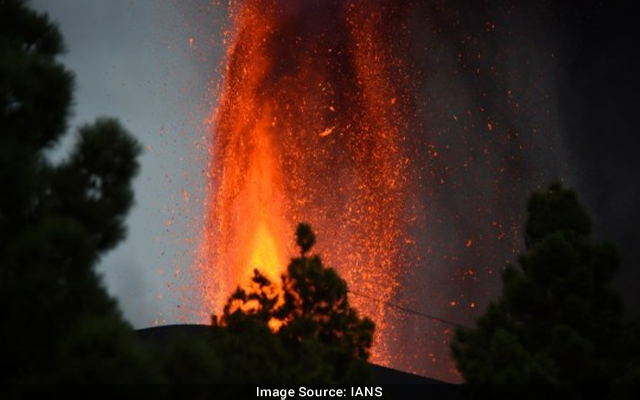 Honolulu: The US Geological Survey (USGS) said that Kilauea volcano in Hawaii has been erupting since the past two days, while local authorities confirmed that there is no current threat to the public.

“Kilauea’s eruption continues through the night,” the USGS tweeted on Thursday morning, adding that “activity is still confined to a crater that is within the closed area of Kilauea’s summit”.

HVO reported that Kilauea’s volcano alert level changed from an orange ‘Watch’ to a red ‘Warning’.

According to the National Weather Service (NWS) in Honolulu, volcanic glass was observed near the Halema’uma’u crater by pilots in the area.

Volcanic glass, the amorphous product of rapidly cooling magma like all types of glass, will remain in the area around the crater during the eruption.

The NWS Honolulu advised residents and visitors to minimize their exposure to volcanic emissions.

Kilauea volcano had a major eruption in 2018 that destroyed homes and forced hundreds of residents to evacuate.