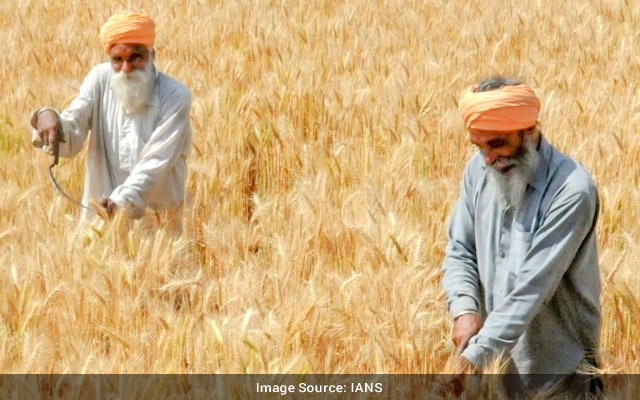 New Delhi: Amidst a record surge in wheat exports in the current fiscal and the precarious situation arising out of the Ukraine-Russia war, India is looking forward to starting wheat export to several new countries beyond its Asian/South Asian neighbours.

“India is in final talks to start wheat export to Egypt, while discussions are going on with countries such as Turkey, China, Bosnia, Sudan, Nigeria, Iran, etc to start wheat export,” a meeting of the stakeholders called by the Agricultural and Processed Food Products Export Development Authority (APEDA) was informed.

Though India is not among the top 10 wheat exporters in the global trade, its rate of growth in exports has surpassed that of the other countries, indicating the rapid strides it is taking in reaching new markets worldwide, the Centre claimed and added, “India is in final talks to start wheat export to Egypt, while discussions are going on with countries like Turkey, China, Bosnia, Sudan, Nigeria, Iran, etc to start wheat export.”

India’s wheat exports are mainly to neighbouring countries with Bangladesh having the largest share of more than 54 per cent in both volume and value terms in 2020-21. In 2020-21, India entered new wheat markets such as Yemen, Afghanistan, Qatar and Indonesia.

See also  Value your bond with beloved ones for unregretful goodbyes

According to data by Directorate General of Commercial Intelligence and Statistics (DGCIS), the top 10 importing countries for Indian wheat in 2020-21 were Bangladesh, Nepal, the United Arab Emirates, Sri Lanka, Yemen, Afghanistan, Qatar, Indonesia, Oman and Malaysia. Top ten countries accounted for more than 99 per cent share in India’s wheat exports in 2020-21 in both volume and value terms.

Given the bumper wheat production estimation, the APEDA – at the meeting held on March 17 called by M. Angamuthu, chairman, APEDA — asked key stakeholders in the value chain for promoting exports to those countries, which have a huge shipment potential and asked all the stakeholders to strengthen its infrastructure for facilitating hassle free wheat export.

The Ministry of Commerce and Industry directed to scale up shipments in order to alleviate any global supply chain disruptions in view of the geopolitical situation. The meeting had participation of key stakeholders such as traders, exporters, port officials, policy influencers from the Ministries of Food & Consumer Affairs, Railways and officials from various state governments.

At the meeting, the Railways assured to make available sufficient rakes to meet any immediate demand for additional wheat transport. Port authorities have also been asked to augment dedicated terminals along with dedicated containers for wheat.

India accounts for even less than one per cent in world wheat export. However, its share has increased from 0.14 per cent in 2016 to 0.54 per cent in 2020. India is the second largest producer of wheat with a share of around 14.14 per cent of world total production in 2020.