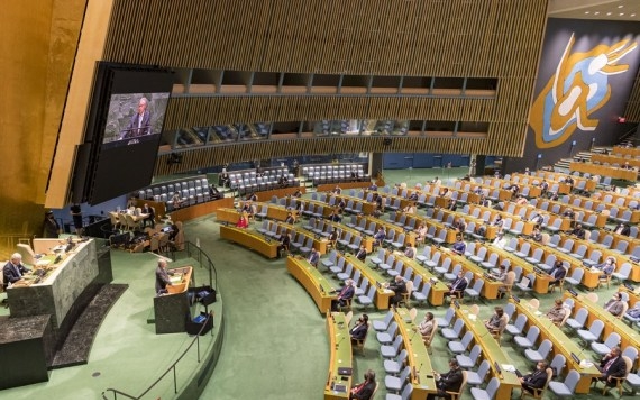 Geneva: Iran, Guinea and Vanuatu have resumed their voting rights in the UN General Assembly (UNGA) after their arrears have been paid to the world body, a spokesperson said.

“Guinea, Iran and Vanuatu have made the payments necessary to reduce their arrears below the amounts specified in Article 19 of the Charter. This means that they can resume voting in the General Assembly,” Paulina Kubiak, spokesperson for Abdulla Shahid, President of the 76th session of the UNGA, said at the daily press briefing.

In his letter to the General Assembly on January 11, Secretary-General Antonio Guterres said a total of 11 countries were behind in their payments.

Under Article 19 of the Charter of the UN, a member state in arrears in the payment of its dues in an amount that equals or exceeds the contributions due for two preceding years can lose its vote in the General Assembly.

An exception is allowed if the member state can show that “conditions beyond its control” contributed to this inability to pay. The UN chief said in his letter that this would be the case for the Comoro Islands, Sao Tome and Principe, and Somalia in 2022.

Iran, Sudan, Venezuela, Antigua and Barbuda, Congo, Guinea, Papua New Guinea and Vanuatu were the eight countries that no longer had the right to vote, according to UN chief’s lette.