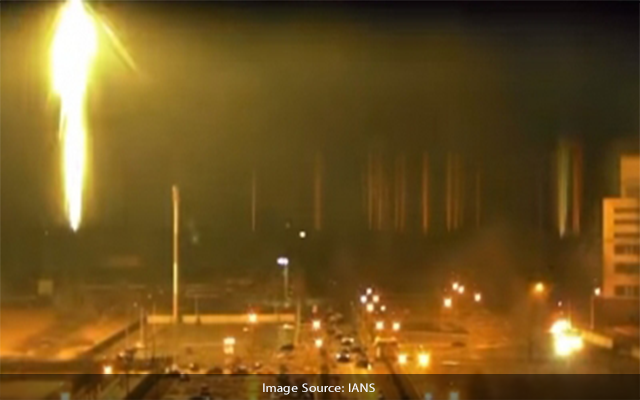 New Delhi: Nuclear experts watching the events at Zaporizhzhia nuclear power plant in Ukraine say this is not “another Chernobyl”, but that it is a very risky situation.

It appears that only one of six reactors at the plant is now operating.

Corkhill says the reactors are being taken “offline” which means “they’re shutting down the nuclear reaction and putting them into a safe and stable state”.

She adds this might have been Russia’s intention, BBC reported.

“If you want to target their power supply, you attack a building close to the power plant and force operators to shut it down,” she says.

Corkhill adds that a “worst-case scenario” would be that the plant’s electricity supply were damaged as “we could be looking at a scenario similar to what happened at Fukushima in 2011, where a loss of power led to a loss of cooling, which caused a meltdown of three of its nuclear reactors”.

He began a televised address with: “People of Ukraine! We survived the night that could have stopped the course of history – history of Ukraine, history of Europe.”

He said Russia knew what it was doing when it aimed shells directly at the station and called it an act of “terror on an unheard-of level”.