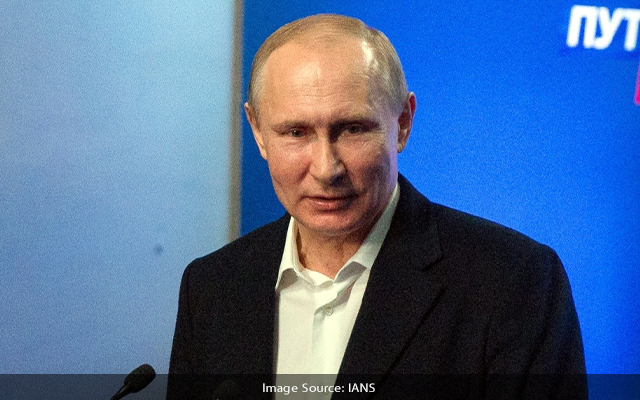 New Delhi: President Vladimir Putin on Saturday denied rumours that Russia was going to declare a state of emergency or martial law due to the ongoing military operation in Ukraine and Western sanctions against Moscow.

“Martial law is declared in a country… in case of a foreign aggression, including in particular places where hostilities take place. We don’t have a case like this, and I hope we won’t,” Putin said in a televised meeting with Russian female military service members, RT reported.

Russian law also allows declaring various forms of special state or a state of emergency due to serious domestic threats or disasters, Putin added. That is not the case now either, he said.

“We don’t plan to impose any special state on the territory of the Russian Federation,” the president assured. “There is no need for it today.”

A senior Ukrainian official earlier this week claimed its foreign intelligence service had learned that Putin might “preventively” declare martial law in Russia on Friday.

Presidential aide Mikhail Podolyak claimed without evidence that Russia would ban all protests, cut any contacts with other nations, and impose other restrictions.