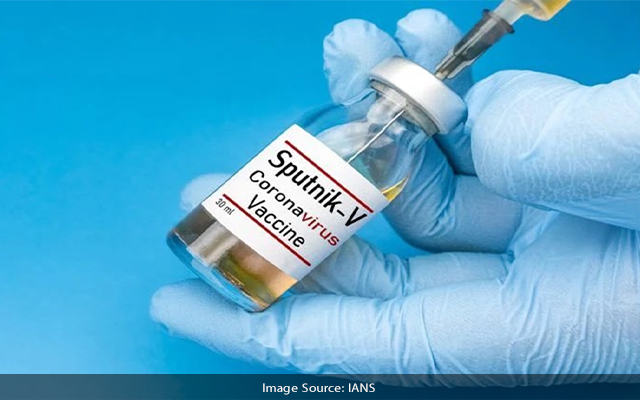 Moscow: Russia’s Sputnik Light vaccine, as a Covid booster shot, is over 83 per cent effective against infection and over 94 per cent against hospitalisation, according to a new study released on Wednesday October 13.

The one-shot vaccine, when administered alone, demonstrated 70 per cent efficacy against infection from the Delta variant of Covid during the first three months after vaccination. The vaccine was also found to be 75 per cent effective among people under the age of 60, said a statement from the Russian Direct Investment Fund (RDIF, Russia’s sovereign wealth fund) and the Gamaleya National Research Center of Epidemiology and Microbiology.

“Sputnik Light is safe and highly effective when used both on a standalone basis and when combined with other vaccines. The vaccine provides flexibility in immunising the population, contributing to the formation of primary immunity and effective re-vaccination for recipients who originally received a different vaccine,” said Kirill Dmitriev, CEO of the Russian Direct Investment Fund (RDIF), in the statement.

“Taking into account its high safety and efficiency, Sputnik Light can become the best universal booster shot globally,” he added.

Gamaleya Center has published the study on the preprint server medRxiv, meaning not peer-reviewed yet.

The analysis was conducted based on data from 28,000 participants who had received a single dose of Sputnik Light, compared with a control group of 5.6 million individuals who were not vaccinated. The data used in the study was collected in July 2021 in Moscow.

The study also showed that Sputnik Light has demonstrated superior efficacy compared with some two-shot vaccines, which have shown a major decline in efficacy against the Delta variant to less than 50 per cent five months after injection. Standalone use of Sputnik Light also provides much higher efficacy against severe disease and hospitalisations.

“The efficacy results of the one-shot Sputnik Light vaccine against the Delta variant of coronavirus significantly outperform those of a number of two-shot vaccines,” Dmitriev said.

The Sputnik Light vaccine is based on the human adenovirus serotype 26, the first component of Sputnik V – the world’s first registered vaccine against coronavirus. It has been authorised in more than 15 countries with the registration process ongoing in a further 30 countries.