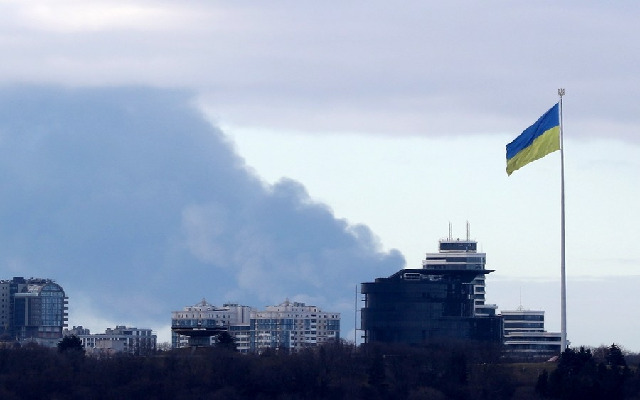 Kiev/ Kyiv: Twitter has deleted a controversial tweet by the Russian Embassy in London, that claimed a pregnant victim fleeing the site of a hospital bombing in Ukraine’s besieged city of Mariupo was an actor in “some very realistic make-up”.

Responding to a photo of the woman in the aftermath of Wednesday’s attack, the Embassy had tweeted: “She has some very realistic make-up. She is also doing well with her beauty blogs. Plus she could not be in the maternity house at the time of the strike, as it has long been taken by the neo-Nazi Azov Battalion who told all the staff to clear the place.”

The Embassy has had at least three tweets removed within a day for violating the platform’s rules, reports The Verge.

The false claims appeared to have originated in Russian-language Telegram channels.

The Twitter account of the Embassy in London has been actively disseminating false information about ongoing Russian aggression in Ukraine.

On Thursday, Twitter suspended @asbmilitary, an account spreading the fake conspiracy theory that the US holds biological weapons labs in Ukraine.

See also  'Ukraine, Russia may agree on peace deal within week and half'