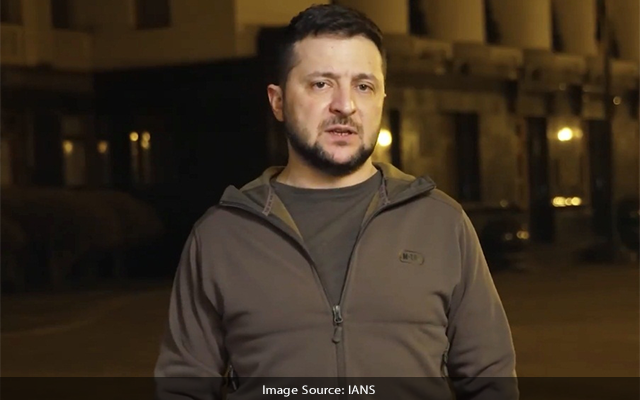 “This is a very strong signal that Ukraine and the European Union are together,” Zelensky said at the joint press briefing with von der Leyen and Borrell in Kiev on Friday.

Zelensky thanked the European officials for coming to Ukraine in difficult times and for visiting Bucha outside Kiev, where hundreds of murdered civilians were allegedly found after Russian forces withdrew, Xinhua news agency reported.

Von der Leyen said that Ukraine is welcomed in the European family and handed over a questionnaire to Zelensky, the completion of which is a necessary step for granting the status of an EU candidate.

“We are with you in your dreams of Europe. I want to say very clearly: Ukraine has a place in the European family,” von der Leyen said.

Separately, Borrell said that the EU will be supporting the Ukrainian Prosecutor General in providing training and equipment to support the investigation of the Bucha massacre.

Von der Leyen and Borrell arrived in Kiev earlier on Friday for a visit, which marked the first trip by top EU officials to Ukraine since the start of the conflict with Russia.

Before talks with Zelensky, the European officials visited the town of Bucha, some 28 km northwest of Kiev, where at least 280 people, including children, were found dead after the Ukrainian army retook control of the town from the Russian military.