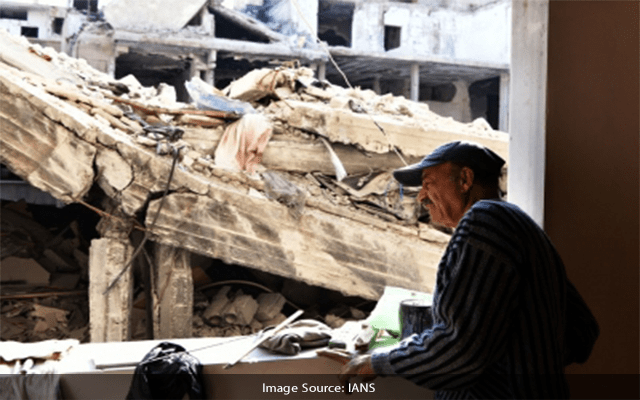 United Nations: UN Secretary-General Antonio Guterres has called for a ceasefire in Syria, saying that 11 years of “brutal fighting” in the war-torn nation must end.

“We cannot fail the Syrian people. The conflict must cease. International humanitarian law must be respected,” said the UN chief.

“I call on all parties to meaningfully engage in the UN-facilitated political process and appeal for further support to scale up the humanitarian response. We must choose peace,” Xinhua news agency quoted Guterres as saying.

The top UN official said that Syria’s 11 years of “brutal fighting” has come at an “unconscionable human cost”, subjecting millions there to human rights violations on a “massive and systematic scale”.

“The destruction that Syrians have endured is so extensive and deadly that it has few equals in modern history,” said the Secretary-General.

He noted that the slow but systematic destruction of basic infrastructure around the country, since the civil war began in 2011 in the wake of the so-called “Arab Spring” of popular uprisings across the Middle East, has “deepened the economic crisis” and now, humanitarian needs are at their highest level since conflict began.

“We must not lose hope, we must act now. We must show the courage and determination to move beyond rhetorical commitments to peace and to do all that is necessary to reach a negotiated political solution in line with Security Council resolution 2254 (2015),” the UN chief said.

The 11-year conflict has so far killed left more than 380,000 people dead, destroyed cities and led to the displacement of thousands of civilians.