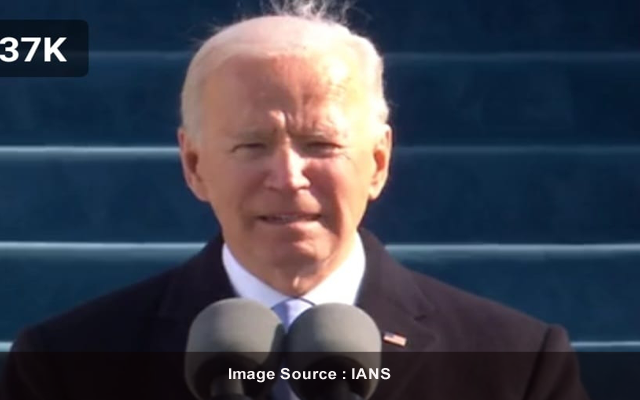 Washington: President Joe Biden has announced that the US will close its airspace to all Russian planes in response to Moscow’s ongoing military operations in Ukraine.

Biden made the announcement on Tuesday March 1 while delivering his State of the Union address, the first of his presidency, to a joint session of Congress, Xinhua news agency reported.

“Tonight I’m announcing that we will join our allies in closing off American airspace to all Russian flights, further isolating Russia and adding additional squeeze on their economy,” Biden said.

The US move followed similar ones made by the European Union and Canada on Sunday.

In retaliation, the Russian aviation authority said Monday that Russia will ban airlines from 36 countries, including the 27 members of the EU, from using the country’s airspace.

While condemning Russia and reaffirming US support for Ukraine, Biden reiterated in his speech that the US forces “are not engaged and will not engage in the conflict with the Russian forces in Ukraine.”