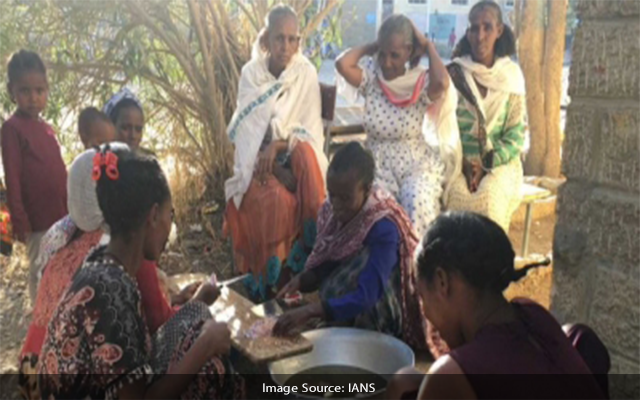 United Nations: The conflict in northern Ethiopia is increasing relief needs as it drives more people from their homes, causing a loss of livelihoods and access to markets, food and essential services, UN Humanitarians said.

More than 9.4 million people live in the area under siege, at least 400,000 of them believed to be facing famine-like conditions, the UN Office for the Coordination of Humanitarian Affairs (OCHA) said on Friday. Violence in the Afar, Amhara and Tigray regions is triggering new displacements.

Although some humanitarian access — severely limited for weeks — is increasing in the area, it is still lacking, the office said, Xinhua news agency reported.

Between November 24 and 30, four convoys with 157 trucks carrying humanitarian supplies arrived in Mekelle, capital of Tigray, OCHA said. It is the first such delivery since October 18. Fuel, however, has not reached Tigray since August 2, with eight tankers waiting in the Semera, Afar, staging area for clearance.

Partners in Tigray delivered life-saving assistance, despite significantly reduced capacity, OCHA said. During the past week, water-trucking in central Tigray provided water and sanitation assistance for more than 27,000 people. Health aid reached more than 23,000 people, and about 179,000 received food assistance.

In Amhara and Afar, partners are scaling up their response, including food, nutrition interventions and health services, the office said.

A 1.2 billion US dollar funding gap remains for humanitarian response across Ethiopia, including 335 million for the northern regions, OCHA said. Expected growing needs in the north and elsewhere in Ethiopia will increase 2022 humanitarian operation requirements.