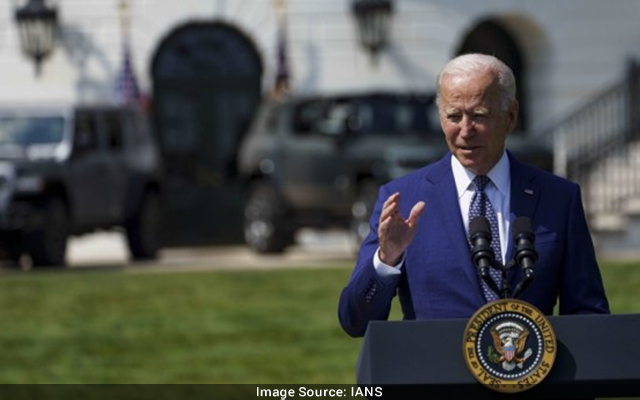 Washington: Nearly six in 10 Americans have said that President Joe Biden was not paying enough attention to the most important problems the US currently faces, and a majority of them disapprove of the way he’s handling his job as the country’s leader, reveals a new poll.

The CNN poll showed that 58 per cent of the respondents said Biden has not paid enough attention to the most important problems, a result that’s worse than three years ago when 56 per cent of those polled said so as they were asked the same question about then-President Donald Trump, reports Xinhua news agency.

Asked about the most pressing issue facing the nation, 36 per cent said it’s the economy, among whom 72 per cent said Biden hasn’t been attentive to the right issues.

For the 20 per cent who rated the coronavirus pandemic as the top issue, 79 per cent of them view Biden as having the right priority, while 21 per cent not.

Trailing the economy and the pandemic in the “most important issue” list are immigration (14 per cent) and climate change (11 per cent). The percentage of those regarding national security, racial injustice and education as top priorities are single digit.

Overall, 48 per cent of adults approve of the way Biden is handling the job as President, while 52 per cent disapprove.

The share saying they strongly approve of Biden’s performance has dropped to just 15 percent, down from the April rate of 34 percent.

The new poll also showed 36 percent of the respondents said they strongly disapprove of Biden’s handling of the presidency.

While views toward Biden’s performance as president are sharply polarised along party lines, the CNN poll also found Biden’s disapproval rating ticked up among Democrats and Democratic-leaning independents.

Of them, 21 per cent said they disapprove of the way Biden is handling the presidency. That figure was 17 per cent last month.

CNN concluded that the drop in Biden’s approval ratings over the last few months has been driven more by disappointment among his original supporters than an expansion of the group that started off strongly opposed to his presidency.

The poll was conducted November 1 through 4 among a random national sample of 1,004 adults surveyed online.

That timeframe indicated the poll ended after Democrats suffered setbacks in the off-year elections on November 2 and before Congress passed the bipartisan infrastructure bill to hand Democrat a long-awaited and much-needed victory. Ahead of Budget Session, Cong to meet on Jan 28