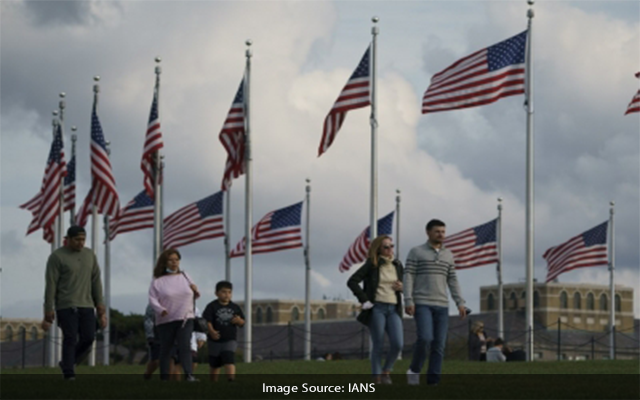 Washington: The new Omicron Covid variant first arrived in the US by November 15, instead of December 1 as believed, the Centers for Disease Control and Prevention (CDC) said.

California had reported what was believed to be the first confirmed case on December 1.

But the CDC on Friday said the first-known case of Omicron in the US was found in a person who had travelled internationally and started presenting symptoms on November 15, CNBC reported.

The CDC said 22 states have confirmed at least one Omicron case, and some of those cases indicate community spread is underway.

Among 43 omicron Covid patients, 33 per cent reported international travel during the 14 days before symptom onset or testing positive, according to the CDC.

One vaccinated person was hospitalised for two days, but there haven’t been any deaths reported to date among the patients who have been followed by health officials, according to the CDC.

Among the cases, 58 per cent of the patients were between 18 and 39 years of age, and 79 per cent were fully vaccinated at least 14 days before symptom onset or testing positive.

Fourteen people had received booster doses and six had recovered from previous Covid infections, according to the CDC.

The most common reported symptoms were cough, fatigue and congestion, or a runny nose.

“Many of the first reported cases of omicron variant infection appear to be mild, although as with all variants, a lag exists between infection and more severe outcomes, and symptoms would be expected to be milder in vaccinated persons and those with previous SARS-CoV-2 infection than in an unvaccinated person,” the CDC said in its weekly Morbidity and Mortality report on Friday.

The World Health Organization has said the Omicron variant appears to be more contagious than the Delta variant, though data expected in coming weeks will present more conclusive answers.