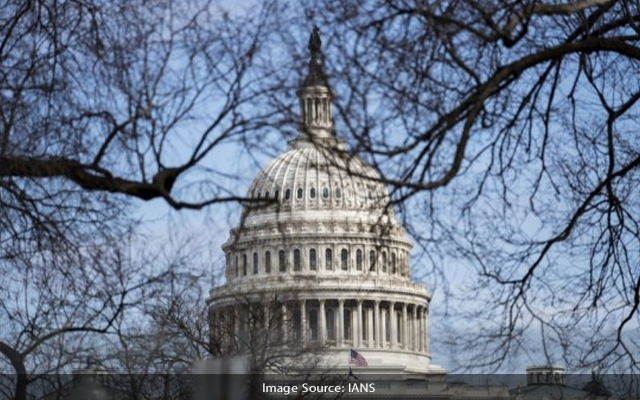 “To protect the American people from a near-term Democrat-created crisis, we will also allow Democrats to use normal procedures to pass an emergency debt limit extension at a fixed dollar amount to cover current spending levels into December,” Senate Republican Leader Mitch McConnell said in a statement late Wednesday night.

“This will moot Democrats’ excuses about the time crunch they created and give the unified Democratic government more than enough time to pass stand-alone debt limit legislation through reconciliation,” McConnell said.

Senate Majority Leader Chuck Schumer did not respond publicly, but Senate Democrats are poised to accept the proposal to defer a showdown over the debt limit until December, Xinhua news agency quoted the local media reports as saying.

The proposal came after President Joe Biden earlier on Wednesday held a virtual meeting with business leaders to discuss the dangers of the US defaulting on its debt, stepping up pressure on Republicans to raise the debt limit.

“Raising the debt limit is paying our old debts. It has nothing to do with new spending or what may be coming this year or other years,” Biden said.

“Democrats are willing to step up and stop this economic catastrophe if Senate Republicans will just get out of the way,” said the President, adding that the failure to raise the debt limit will undermine the safety of Treasury securities and threaten the US dollar’s status as the world’s reserve currency.

Economists at the White House Council of Economic Advisers also warned that an unprecedented US default could induce a global financial crisis and recession.

“A default would send shock waves through global financial markets and would likely cause credit markets worldwide to freeze up and stock markets to plunge” the White House economists said Wednesday in a blog post.

“Employers around the world would likely have to begin laying off workers.”

Treasury Secretary Janet Yellen told lawmakers that they have to raise or suspend the debt limit by October 18 when the Treasury Department is likely to exhaust its “extraordinary measures”.

As part of a bipartisan budget deal enacted in August 2019, Congress suspended the debt limit through July 31.

After the debt limit was reinstated on August 1, the Treasury Department began using “extraordinary measures” to continue to finance the government on a temporary basis.

The debt limit, commonly called the debt ceiling, is the total amount of money that the US government is authorized to borrow to meet its existing legal obligations, including social security and medicare benefits, interest on the national debt, and other payments.