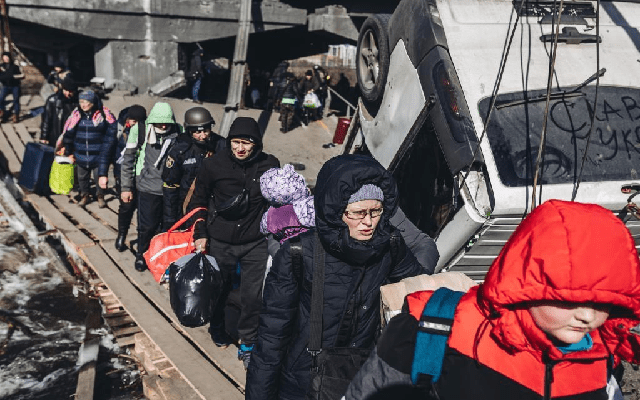 Moscow: Russia has been continuing to open humanitarian corridors in AKiev, Chernigov, Sumy, Kharkov and Mariupol directions, one to Russia and one through the territories controlled by the Kiev authorities towards the western borders of Ukraine since March 4, but the Ukrainian sides are “thwarting” the efforts, the Russian Defence Ministry said on Sunday April 3.

“The Russian Armed Forces have opened an additional humanitarian corridor for the evacuation of civilians and foreign citizens from Mariupol to Zaporozhye (with an intermediate point in Berdyansk). At the same time, we are forced to state that the declared humanitarian operation was thwarted by the Kiev authorities, who were actually unable to control neo-Nazi-minded militants and ensure the safety of the specified corridor,” the Defence Ministry said in a statement.

It said that the Ukrainian side has announced four more corridors in the Zaporozhye direction on March 31 but none of them in the direction of Russia. The Russian armed forces, as well as the formations of the Donetsk and Lugansk people’s republics, strictly observe the ceasefire on all routes, including those declared by the Ukrainian side, it added.

The Russian Defence Ministry also said that the section of the route adjacent to the city of Mariupol was repeatedly shelled with mortars and heavy machine guns by AFU units and nationalist battalions. As a result, the humanitarian convoy could not pass from Berdyansk to Mariupol.

“Once again, we draw the attention of the United Nations, the Organisation for Security and Co-operation in Europe (OSCE), the International Committee of the Red Cross and other international organisations to the criminal policy of official Kiev against Ukrainian citizens and gross violations of international humanitarian law,” it said.

It also said that on the personal requests of France’s President Emmanuel Macron and Germany’s Chancellor Olaf Scholz to Russian President Vladimir Putin, the armed forces are reopening the humanitarian corridor from Mariupol to Zaporozhye with an intermediate point in Berdyansk.

Russian authorities also said that their Armed Forces, without the participation of the Ukrainian authorities, have evacuated 18,182 people to Russia from dangerous areas of Ukraine on Saturday, as well as the Donetsk and Lugansk people’s republics, 3,412 of them children. So far since the beginning of the special military operation, 527,607 people have already been evacuated, of which 108,219 are children.

They also said that the border of the Russia was crossed by 64,227 personal vehicles. “From Mariupol through the humanitarian corridor in the eastern direction, without any participation of the Ukrainian side, 115,347 people have already been rescued from the lawlessness organized by the nationalists, including 3,235 people over the past day,” said.

Russian officials also claimed that “Neo-Nazis” continue to hold over 4.5 million civilians as a “human shield” in Kiev, Kharkov, Chernigov, Sumy and more than two dozen other large settlements. In addition, 6,472 foreigners from 18 countries remain hostage to the militants of territorial defence battalions.

“The Ukrainian side continues to block more than 60 foreign vessels in the ports of Kherson, Nikolaev, Chernomorsk, Ochakov, Odessa, and Yuzhny. The threat of shelling and high mine danger created by the Kiev authorities in their internal waters and territorial sea do not allow ships to safely go to the open sea. The Ukrainian authorities, in an attempt to evade responsibility for creating a mine danger in the Black Sea, are trying to blame the Russian Federation for this.”

“Every day from 0800 to 1900 (Moscow time), a humanitarian corridor opens, which is a safe lane in the south-west direction from the territorial sea of Ukraine, with a length of 80 and a width of 3 nautical miles,” the Russian Defence Ministry stated. 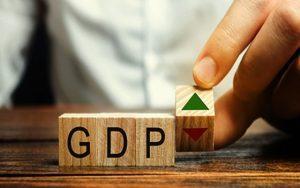