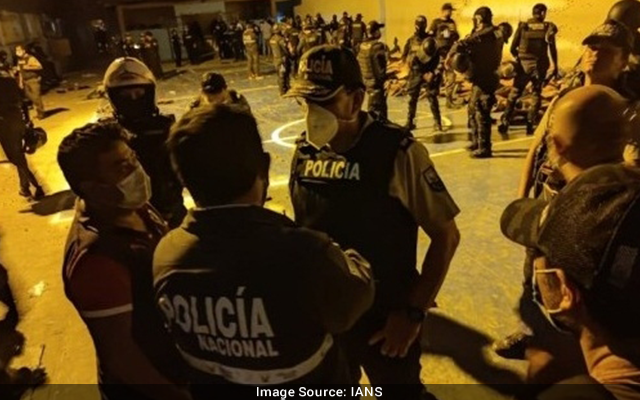 Quito: Ecuadorian officials have said more than 100 inmates were killed in a prison riot in the southwest port city of Guayaquil, after initially reporting the death toll to be 30.

The number of injured in the melee at Litoral Penitentiary remained at 52, according to the government agency in-charge of prisons, the National Service for Comprehensive Attention to Adults Deprived of Liberty and Adolescent Offenders (SNAI).

“The @SNAI_Ec reports that up to now more than 100 deceased inmates and 52 injured have been confirmed during the incidents that occurred Tuesday,” the agency posted on its Twitter account.

The National Police, the Ecuadorian Prosecutor’s Office and other authorities continue to investigate the prison riot, one of the two deadliest of the year in Ecuador, which is facing a serious prison crisis, the agency added.

In February, a series of coordinated riots at four prisons left 79 inmates dead and some 20 people wounded, including police officers.

The tragedy led Ecuadorian President Guillermo Lasso on Wednesday to decree a 60-day state of emergency throughout the prison system to prevent further outbreaks of violence.