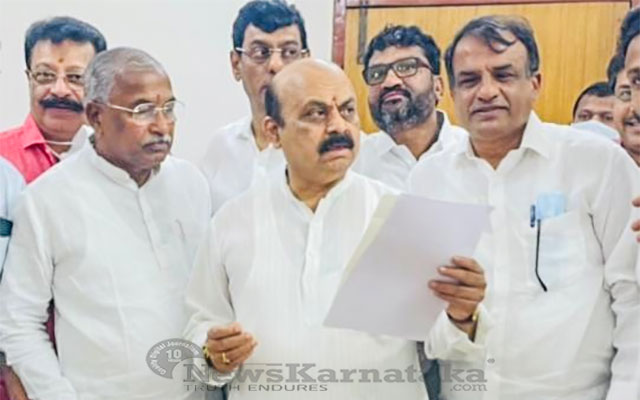 Bengaluru: MLC Manjunath Bhandary met the honourable Chief Minister Basavaraj Bommai today and appealed to him to increase honorarium for elected representatives of gram panchayats and provide them other facilities. All members of the local bodies were present during the meeting.

In his appeal Manjunath Bhandary told honourable chief minister Basavaraj Bommai that in recent days people are hesitant to contest local body elections, especially women and from reserved constituencies. The main reason for this is that the elected representatives are not getting any kind of privileges or expected honorarium. Gram Panchayat members honorarium has not increased over the past 5 years and now they are getting just Rs 1,000 per month.

100% of the elected representatives are from rural areas and have no other basic income. Once elected, members are deprived of their other occupations or present job, and their financial situation worsens. According to the reservation in the Gram Panchayat elections, more than 50 per cent elected are women, people from scheduled castes/scheduled tribes and economically backward class. If their economic condition improves, they can fully involve themselves in rural development and implement government programs effectively.